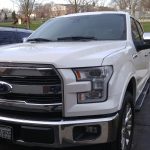 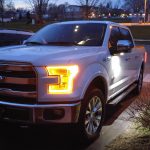 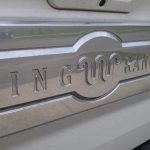 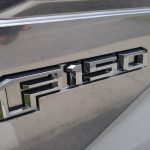 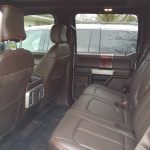 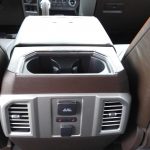 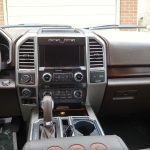 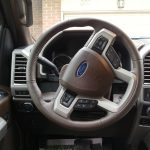 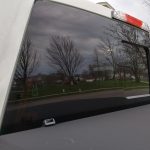 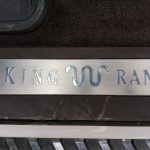 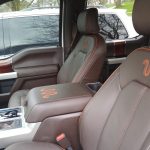 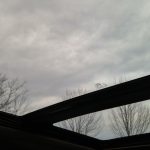 Luxury pickup trucks have become a hot ticket item, driving a surprisingly large number of sales. Ford’s F150 has carried the prestigious King Ranch brand for just over 15 years now, first appearing on the 2001 F150 model year. Since then, the King Ranch has set the standard for premium pickup trucks, treating every occupant in the cabin to an extremely comfortable ride. None of this has ever affected the capability of the King Ranch, which is still an F150 at heart.

Now with an all-aluminum body, the safest pickup truck in the industry is also one of the most luxurious. Seats are “man-cave” comfortable, including massage to compliment heating and cooling. Ford’s latest SYNC3 system is a huge improvement over the outgoing system. A classic, powerful 5.0L V8 is the base engine available, providing capable, smooth performance. LED exterior lighting is styled very well, giving the King Ranch a fantastic look when the sun goes down.

While there are lower engine options in some of the other F150 models, the King Ranch offers a naturally aspirated V8, and eco driven twin-turbo V6. This has been the source of long standing debate among F150 owners, picking between old school V8 and efficient, snappy twin-turbo V6. This model came equipped with Ford’s base, but classic, 5.0L V8. Producing a strong 385 HP, it has the most horsepower of the engines Ford offers, but not the torquiest. Nor is it the most efficient. While other manufacturers use multi-displacement technology to squeeze additional mileage from their V8 engines, Ford hasn’t.

Acceleration is typical for a pickup, maybe a little bit snappy. Tuned suspension, combined with decreased body weight, do a good job keeping body roll in check. There is a lot of confidence through turns, and the King Ranch makes highway cruising almost boring; in a very, very good way. Fuel mileage is on the higher side, test average of 15 MPG (15.4L/100km), which is what official mileage numbers (combined) predict, with 14 MPG (16.8L/100km) city, and 19 MPG (12.4L/100km) highway.

Truck ride aside, the King Ranch has an unparalleled ride in the pickup market. Road noise isolation is excellent. Insulation has been added to the entire cabin, almost completely muting sounds from the outside. This King Ranch came equipped with the optional off-road suspension, which did stiffen up ride on bumpy roads. Comfortable seats easily absorbed any rogue bumps the suspension didn’t, however, giving the King Ranch a smooth, comfortable ride over all. Ride height gives you excellent visibility when driving, though the door pillar to the driver’s left did interfere with blind spot visibility.

Where the King Ranch sets itself apart is interior comfort. This is a very, very comfortable truck, for all passengers. Driver and Passenger are treated to lounge style, King Ranch leather wrapped seats. Multiple ergonomic configurations eliminate fatigue from long trips while massagers in the seats, coupled with gentle warmth, further alleviate stress. Driver and passenger heating, cooling, and memory functions are all standard on this trim. A 60/40 split rear bench offers plenty of room for three adults. Heating is available for two of the occupants. Seating is nearly as soft and comfortable as at the front, though the center passenger will find the back padding stiff due to the integrated fold-down cup holders. The quality and comfort of the interior are such a pleasure to be in, owners will start making excuses to take the truck for a drive.

Pickup trucks excel as practical vehicles nearly as much as minivans do. This King Ranch didn’t have the full 6 ½ foot box, but most owners that may not be an issue. Interior space is large enough that passenger luggage can be stashed away under seats, in the large center console, or beside with the 60/40 bench folded up. Access is easy, thanks to the fixed side steps, an option well worth including. Ford’s integrated tailgate step does make bed access easier, though really only on a flat road.

Trailering and towing are even easier with this generation of the F150, and the King Ranch features Ford’s latest driver assist technology. A large dial by the trailer brake controller helps drivers steer trailers into position while reversing. It’s a nifty system that many novice trailer operators will find very helpful. Interior storage space is well designed, and makes great use of the interior cabin. Parking is a lot easier thanks to the 360 top-down camera in the King Ranch. It gave all drivers full confidence in tight parking spaces.

Ford’s third version of SYNC is a much needed improvement over problematic earlier versions. A large, bright touchscreen displays a simple and functional user interface. Home screen gives you a glimpse of your phone status, music playing and navigation map. Not much has changed in the driver information center over previous models, but it’s still a great system. Voice commands and navigation work well, with little repeating of commands necessary. There were some issues trying to search for street names by voice, buy the system gave several decent attempts.

Integrated applications are new to Ford SYNC, and they change how the King Ranch integrates with your phone. In our test, loading Spotify and controlling personal music collection and albums right from the touchscreen is fantastic. Integration with voice worked OK, but simply not having to launch the application on the phone to change album or artist is a great time saver. Sound comes via a premium Sony system, providing well balanced output for a variety of music genres. Integrated DVD systems are missing, though a dealer installed option is available.

2016 Ford F150 King Ranch is the second year of the latest generation of F150, launched in 2015. Reliability data comes from truedelta.com, a collection of owner surveys for thousands of vehicles. Scores are based on repair trips per 100 vehicles, with small sample size data omitted.

The Ford F150, and the F150 King Ranch, score an average of 38 repair trips per 100 vehicles, giving it an “average” rating. The F150, particularly the King Ranch, still enjoys some of the highest resell values among pickup trucks, and good overall reliability.

Pickup trucks make for great, practical vehicles. The King Ranch truly is King of the high end pickup segment. With excellent seating, comfort and technology, you’ll find all the amenities of a premium German sedan. But the King Ranch does it without sacrificing any of the tough, utilitarian DNA of a hard working pickup truck. Ford has created a solid package for premium truck buyers, and leaves little question why the F150 is the best-selling truck, and vehicle, in North America for decades.

A special thanks to the folks over at Ridgehill Ford in Cambridge, ON for providing the test vehicle.